Here we present various interesting bits of philatelic treasure offered by our club members in general interest.  Take a look at what may be unusual, exotic, valuable, rare or just plain fun to see.

Our club's Susan Dixon offers us this interesting item with comments about this unusual collectable.

The envelope from October 14th, 1943 shows evidence that it is from military occupied Philippines, Manila.  The Japanese occupation of the Philippines (Filipino: Pananakop ng mga Hapones sa Pilipinas; Japanese: 日本のフィリピン占領; Hepburn: Nihon no Firipin Senryō) occurred between 1942 and 1945, when Imperial Japan occupied the Commonwealth of the Philippines during World War II.

Christmas cards (in letter format) exchanged among and to the various sailors through the Navy Bond Issuing Office, as seen here, and were personalized with the sender's name.  The greatest concentration of these letters were from New York, Philadelphia, and other large metro areas in the Eastern U.S. that were linked to the shipyards.   Writings were not permitted other than the "standard" approved text you see above to avoid scrutiny by the Japan based postal inspection and censor officers.

Thank you Susan for this Gem for our interested members! 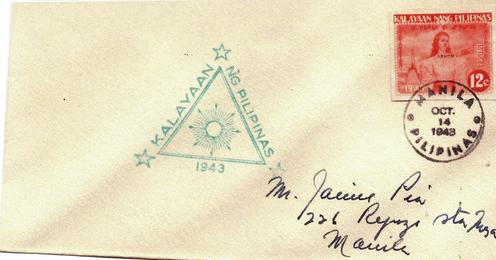 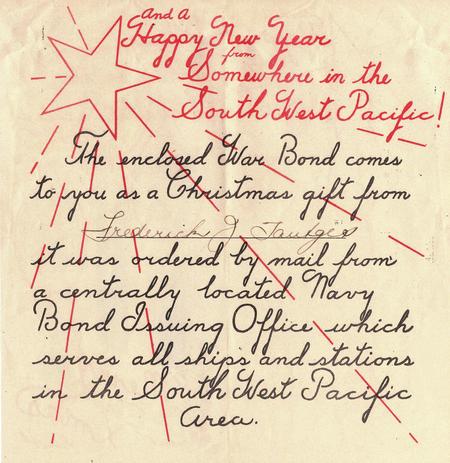